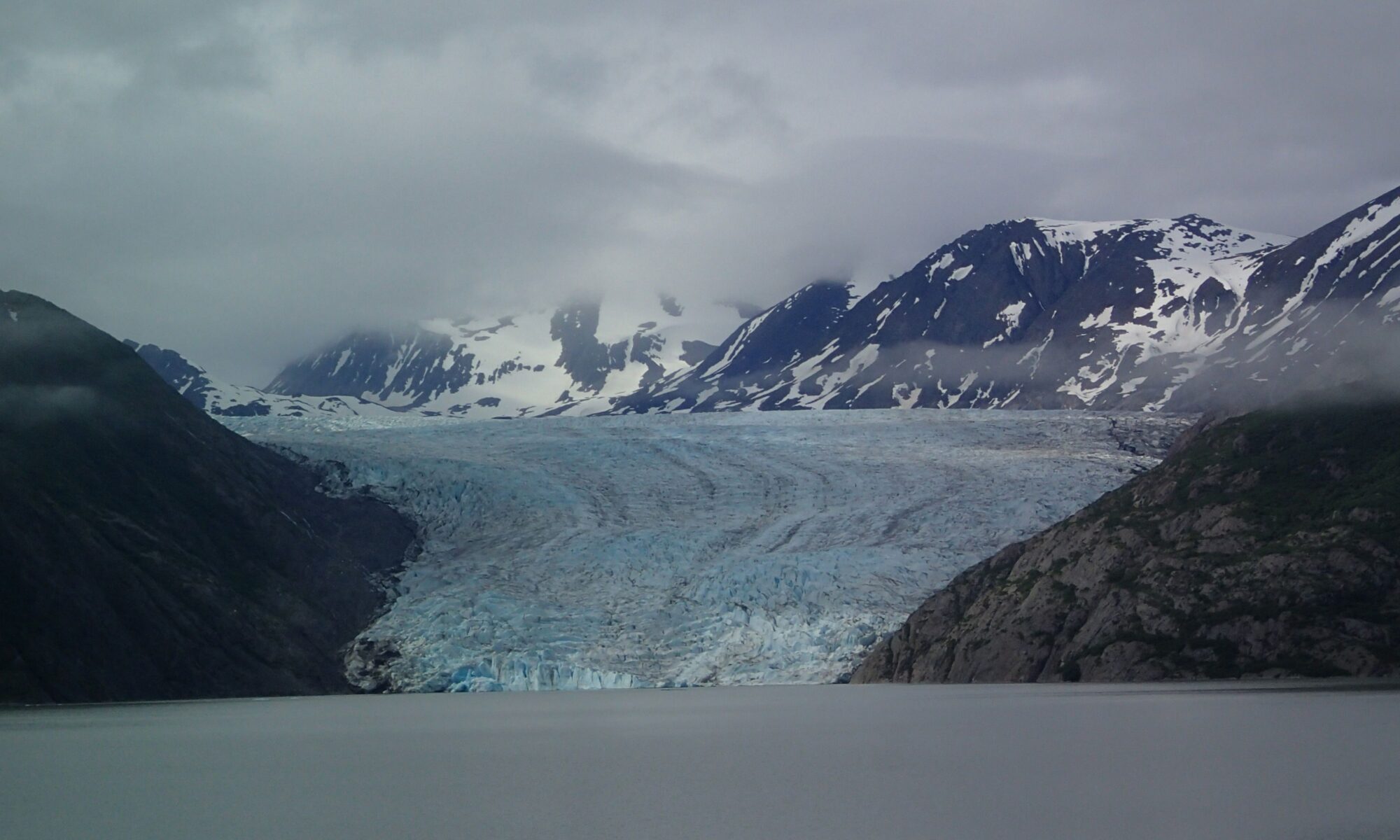 In collaboration with researchers from the University of Gent in Belgium, we are developing chronologies on five long cores taken along a transect at Eklutna Lake, a varved glacial lake located approximately 45 km northeast of the city of Anchorage. We use different approaches to quantify the uncertainty in our varve chronologies, including repeated counts by independent observers, and a Bayesian model that takes into account priors such as varve quality and marker beds that are traced across the entire basin. Our chronologies, which are validated using radiocarbon, will serve as a chronological framework for the late Holocene reconstruction of glacial activity in the Eklutna Lake watershed as well as for an analysis of the seismites and other turbidites found in the Eklutna Lake cores. As part of the South Alaska Lakes project, a similarly detailed varve chronology will be developed for nearby Skilak Lake, another deep glacial lake.

DIATOM OXYGEN ISOTOPES RECORDS FROM LAKES IN THE KENAI LOWLANDS

While annually-resolved sediments in deep glacial-fed lakes like Eklutna and Skilak provide detailed accounts of climate conditions as reflected by glacier fluctuations, it is also important to examine indicators that yield information about the source and amount of precipitation over time, as changes in these moisture conditions can have pronounced effects on terrestrial climate. To this end, it is useful to analyze changes in the isotopic composition of oxygen in lake water over time, as the relative abundance of heavy (18O) versus light (16O) oxygen isotopes is sensitive to changes in both precipitation/ evaporation balance (P-E) and changes in the source and trajectory of storm tracks and precipitation. Changes in lake water oxygen isotopes are recorded in the isotopic composition of the diatoms (single-cellular, green algae) living in a given lake– specifically, in the diatoms’ skeletons, or “frustules,” which are hard, silicious, and remain preserved in lake sediments as they rapidly bloom and die. Therefore, it is possible to extract and purify diatom frustules throughout a lake sediment sequence, and to infer the changes in the lake water’s oxygen isotopes that diatoms have recorded over time.

By analyzing diatom oxygen isotopes in several lakes in the Kenai lowlands, where the biogenic silica (diatom) content in lake sediments is high enough to complete these analyses, the glacier fluctuations inferred from Eklutna and Skilak lakes will be placed in a broader paleohydrological context. Both hydrologically closed (sensitive to P-E) and hydrologically open (sensitive to changes in the source and trajectory of precipitation) lakes will be analyzed in order to get a improve our understanding of multiple aspects of the region’s climate history. These records will inform our understanding of how important atmospheric and oceanic phenomena, such as the Aleutian Low atmospheric pressure cell and the Pacific Decadal Oscillation, have behaved over the course of the Holocene.

A RECORD OF GLACIAL ACTIVITY AND SEDIMENT FLUX FROM POTHOLE LAKE

Pothole Lake formed when the outwash plain of Skilak River, an outlet of Skilak Glacier, rose and began to flow into the valley now occupied by Pothole Lake, where it began to deposit varved glacial sediment. Because Pothole Lake was formed by a dam deposited by Skilak River’s glacial outwash plain, it is in the perfect position to help us answer the following question: do glaciers produce and deposit the most sediment during advance or retreat? The timing and progression of dam building by the Skilak River’s glacial outwash plain is captured by the onset and subsequent termination of sediment deposition into Pothole Lake. Therefore, studying Pothole’s sediment sequence will improve our understanding of the timing and dynamics of sediment deposition associated with glacial activity.

PALEOCLIMATE INFERRED FROM VARVE THICKNESS AT EKLUTNA AND SKILAK LAKES

Eklutna and Skilak lakes provide valuable records of climatic and glaciological shifts over the past 2,000 years. Both lakes contain varved or annually deposited sediments, a rare type of paleoclimatic proxy. Varve thickness at these lakes is influenced by glacial activity, and fluctuations in varve thickness can therefore be used to interpret how the sizes of glaciers feeding the lakes have varied in the past. Both Eklutna and Skilak contain over 2,000 years of varved sediments, and are the longest known varve records in Alaska.

This project will examine changes in varve thickness over the past 2,000 years in both lakes. Changes in inferred glacial activity as reflected by varve thickness will be compared to climate variables of interest, including regional precipitation and air temperature, which may in turn be related to atmospheric circulation patterns and known multi-decadal climatic trends, such as modern warming.

Kelly Lake, a kettle lake in the Kenai lowlands, contains a rich record of freshwater carbonate deposits, known as a “marl,” from ~14,500 to ~7,500 years ago. We have measured changes in stable isotopes of carbon (changes in the relative amount of 13C versus 12C) and oxygen (changes in the relative amount of 18O versus 16O), which record environmental changes both at the lake and in the broader geographic region.

The interpretation of the oxygen isotope data depends in part on the prevailing hydrologic conditions at Kelly Lake when the marl was deposited. There is geomorphic evidence of an input stream into the Kelly Lake basin, but its historical activity is unknown. Using carbon/nitrogen ratios (C:N), as well as carbon and nitrogen isotopes (15N versus 14N) from organic matter, we are attempting to reconstruct changes in the dominant source (terrestrial versus aquatic) of organic input to the lake. This information will help us understand stream activity at Kelly Lake, which will in turn help us interpret the oxygen isotope record.